Jewish events that attract large numbers of the community take place frequently in the United States. These events celebrate Jewish pride through entertainment and inspiration and occur in multiple-state sites and venues that feature festivals, conferences, demonstrations and The JCC Maccabi Games. These events bring together thousands of people to promote fellowship and so require diligence in security planning for people and asset protection.

These events of high human intensity may be held in sports arenas, university or college campuses, corporate facilities, office complexes, art galleries, music halls and other properties, both public and private. Many large outdoor gatherings such as parades, fairs, and festivals are potential targets for terrorist attacks. These events and activities provide a venue for terrorists to inflict significant casualties, cause economic damage and instill fear. The participation of world, national, state and local leaders at many large gatherings adds to their attractiveness as targets. The presence of diverse media and live coverage of these events can generate instant and widespread publicity thereby maximizing the impact of an attack.

Disruption of the gathering without inflicting actual damage could be intended to create chaos and instability, instigate a violent reaction by participants and interfere with the public's ability to assemble.

Specific threats that are of concern to large gatherings include the following; for additional information about these threats, please follow the links located in the 'DHS SAFETY & SECURITY RESOURCES' section on this page:

When the events take place on public property security is generally the responsibility of law enforcement.  Event managers may typically augment police with other security services such as contract security officers. On private property event facility or property managers will be responsible for security, although the participation and cooperation of law enforcement may be required.

Common areas of vulnerability for large gatherings include:

Access controls: At many large gatherings there is a significant security presence, but the ability to monitor the crowd and the items they may be carrying to the event is limited. Even when there are some access controls and other security measures in place, the ability to provide substantial control over those who participate and what they have with them may or may not be possible.

Temporary structures:  These include stages and seating. They may be erected quickly, since access to the venue may be permitted for only a short time before the event opens. Usually these structures are not engineered to incorporate major safety features and their structural deficiencies may be exploited by adversarial elements. Furthermore, monitoring of construction crews and any dangerous materials they may place in the structures may be limited.

Event/activity atmosphere: Large gatherings are congested, often noisy and frequently disorganized affairs. A determined adversary could take advantage of this environment to hide a package containing dangerous materials, discharge a weapon or explosive or carry out other methods of attack. Almost any kind of incident in a large crowd can lead to panic and chaos. Emergency announcements may not be heard and evacuation areas may not be designated and/or difficult to identify. Stampedes can occur as participants attempt to leave.

Access to parking areas: Many areas outside of urban settings have open parking with little security. A potential adversary could easily bring almost any type of weapon or explosive into the area or use pre-positioned vehicles.

Access to peripheral areas: With few exceptions, there are no controls on vehicles traveling into and through areas contiguous to large gatherings.

Regardless of the venue every successful event requires a security and crowd control plan that is carefully crafted to meet needs that can be reasonably anticipated. Planning and preparation is the key. 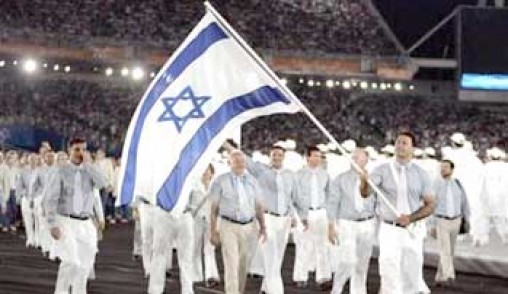