Vehicle bombs have become so common that the general public, far from the scene of devastation, greets them with a certain grim resignation. Meanwhile, security officials are reluctant to discuss the dilemma such bombs present. There are very few options for successful "point defense" against bombs hidden inside cars or trucks. They may be summarized in the following manner:

The creation of "setbacks" in open zones around likely targets: These are generally a hundred feet or more to help prevent a bomb-laden vehicle from being parked close to the structure.

Defensive architecture: Erect fortress-like structures or build perimeter blast walls and harden existing buildings against blast (installation of safety glass is most important because many deaths and injuries in bombings are the result of shards of glass driven by the blast wave).

Closed circuit television: Install CCTV views of every approach around the perimeter of a target building and obtain various types of electronic detection devices to possibly "sniff" and sense the presence of explosives or electronic triggering gear.

Security personnel: Guards may work under cover or move about in the area beyond the perimeter to spot potential attack vehicles.

The Bureau Alcohol, Tobacco and Firearms (ATF) offers the following suggestions for what you can do to prevent a bombing disaster:

While waiting for authorities to arrive: 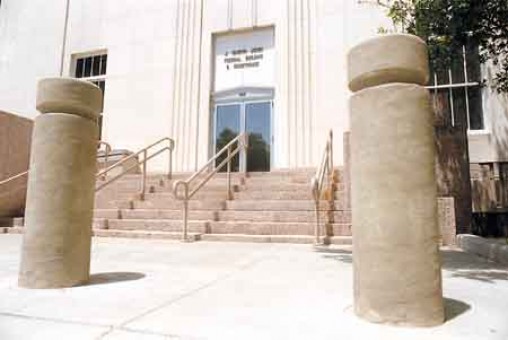